On the 9th of December 2019, Air University located in Air Complex E-9 Islamabad organized a lunar and planetary observation event in collaboration with Pak Astronomers Islamabad. In the spirit of astronomy, the members of Pak Astronomers used their personal equipment to conduct this event and give the attendants a first-hand experience of observation and astronomy.

The evening did not start so good! There was a thick cloud cover and not even the moon which had a date of 12th that day, was able to break through the cloud cover. As the sun-set, the Pak Astronomers team was setting up their equipment as well. Soon after sun set, after the telescopes had been setup, it started to clear up!

Thank the heavens for that! We were able to conduct one of the most memorable events to date! Dr Farrukh Shahzad setup up two telescopes and words cannot truly do justice to the effort that he always puts in to make Pak Astronomers Events a success. On that day, Dr Farrukh projected the live view of the Moon from his Orion EON80 ED telescope on a brand new AVX mount, that live projection mesmerized the audience during the entire event and a number of engineering and physics students took interest in the operation and controlling of the telescope.

Apart from that, Pak Astronomers had arranged telescopes owned by Sir Saif Qureshi, Muhammad Saad and Khawar Sher. In total 5 telescopes were setup for this event. The students were able to observe the surface features of the Moon, rings of Saturn and the Seven sisters star cluster. Especially the huge 10" dobsonian is always the show stopper, along with the expertise of Saif Ul Islam sb (Founder of Pak Astronomers) who elaborates and answers the questions of the students.

Pak Astronomers is highly grateful to Maam Maryam and Dr Waqas who coordinated the entire event. Apart from that students Salman Ahmad, Abbas Muzahir, Mamoon, Salman, Tayyab and Zubair also played a key role in making the event a success. 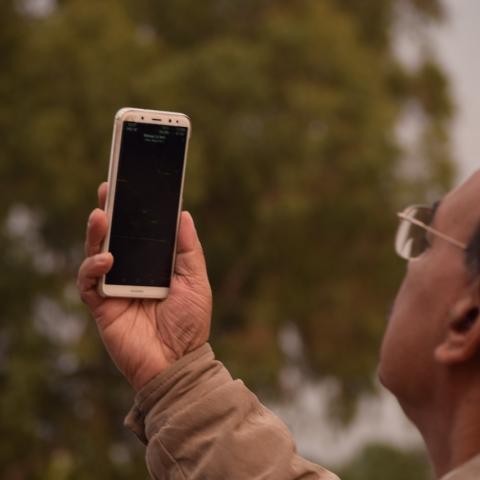 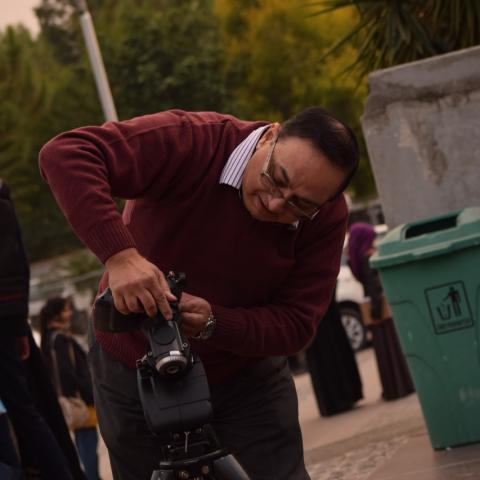 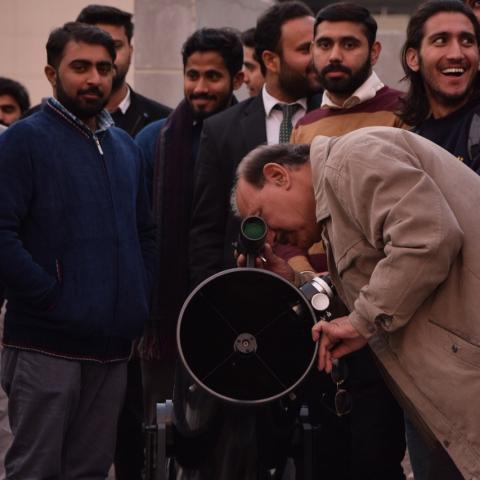 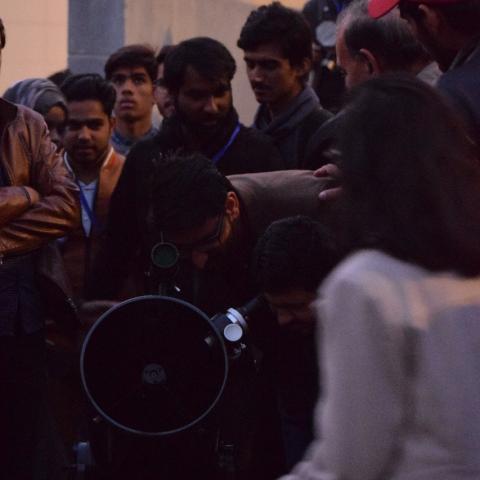 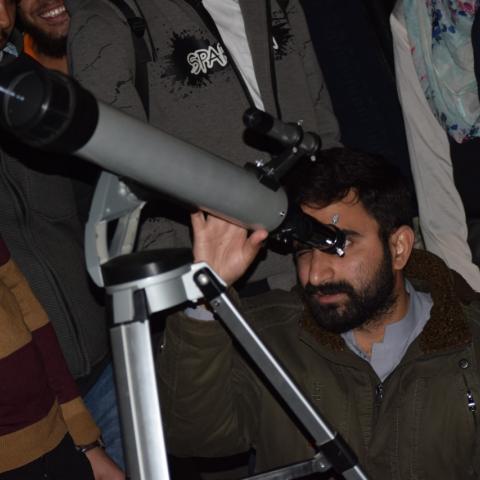 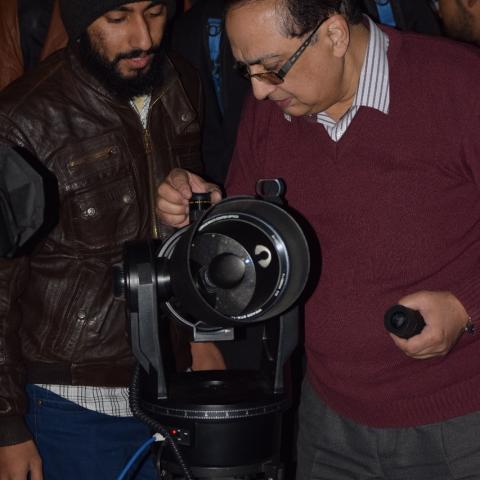